We are pleased to announce our cast for the Feb 17th-26th production of Del Shore’s SORDID LIVES!

The Trial of Ebenezer Scrooge

Our wonderful cast: (L-R, standing) Michael Gilbert as Scrooge, Pat Rounds as Fred/Christmas Future, Tom Bessellieu as The Judge, Sean Robbins as Mr. Connelly, the bailiff, Marc Suznovich as Marley/Bob Cratchit and Chris Arena as Solomon Rothschild! (L-R, seated) Laura Dalston as Mrs. Cratchit,/Sara Wainwright,/Mrs. Dilber/Translator and Angela Robb as Fan/Belle/Christmas Past. We had a wonderful run! Kudos to the cast and crew!

We would like to thank the cast and crew and the folks at Rutgers-Camden for a successful production! The epidemic of 22 veterans who take their lives each day is an important subject and we are humbled to be a part of spreading the message. 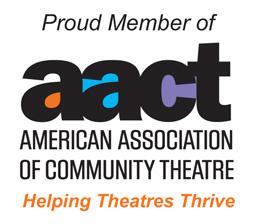